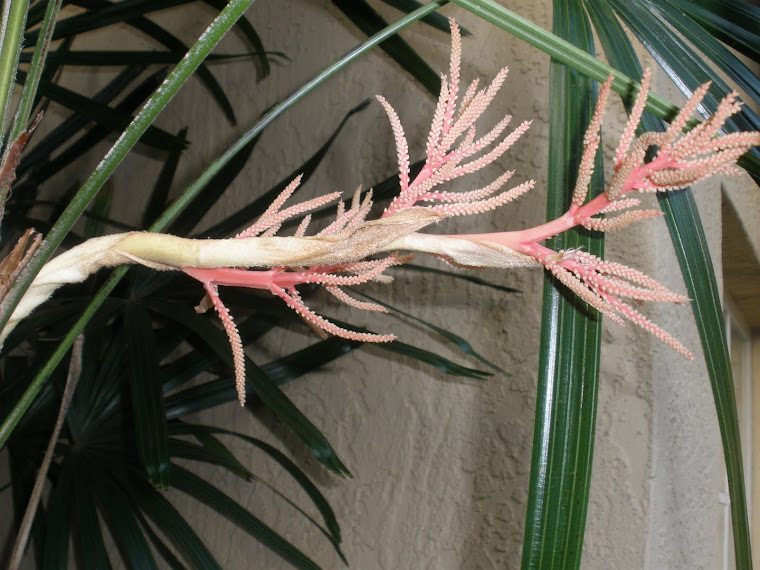 “If you’re happy and you know it clap your hands.” Remember that song; remember those days?  You’d sing it with your child, usually in a circle with other kids and mothers; and there you’d all be…so happy, and you knew it.

Maybe it’s me, but these kinds of shortcuts to personal satisfaction aren’t what they used to be. Recently I’ve been inundated with Facebook tests to determine the color, city, nickname, and dog that make me most happy.   However their conclusions, respectively: green, London, Cutie, and whippet, prove that I’ve gotten it all wrong.  All along, I’ve thought of myself as a poodle-loving Francophile [who would never be called “Cutie”] happily surrounded by the powerful SRQ blue of sky and sea.  Apparently, I’m not happy… and I don’t know it.

One recent survey I took made it abundantly clear that I don’t even live in the house most suited to my true nature.  It revealed that I should not be in a Florida home, built in the “Faux Mediterranean-No-No” style I favor, a hodgepodge pile of wrought iron features, colorful stucco, and bougainvillea festooned loggias. Rather, this survey concludes that my destiny is a post-modern structure perched on a hilltop overlooking Crete. But didn’t that other test say I’d be happiest in London? And, would someone called “Cutie” live in a post-modern house anyway?

Until I started taking these surveys, I thought my SRQ life was pretty good. So what if a bunch of questionnaires reveals that every decision I’ve ever made is wrong?  How can so wrong feel so right? [And I’m not a country song lyricist.]

Why even bother to try and understand? After all, this morning’s survey revealed that I’m actually a unicorn.  And from what I’ve gathered from reliable sources, Sarasota unicorns are very happy, whether they know it or not.
Posted by SRxQ: A 21st CENTURY PRESCRIPTION FOR A NORTHERN TRANSPLANT at 9:25 AM No comments:

2. "If I Understood Dark Energy I Wouldn't Get Lost In Sarasota"
http://srxq.blogspot.com/2012/08/if-i-understood-dark-energy-i-wouldnt.html

5. "The Wilds Of My Sarasota Backyard"
http://srxq.blogspot.com/2012/10/the-wilds-of-my-sarasota-backyard.html

Posted by SRxQ: A 21st CENTURY PRESCRIPTION FOR A NORTHERN TRANSPLANT at 3:36 PM No comments:

"Could an Artist Have Anything in Common with A-Rod?"

“Could an Artist Have Anything in Common with A-Rod?” by Pamela Beck


Recently I read a provocative article by Michael Farris Smith inspired by the deluge of baseball-steroid shenanigans entitled: “What if Novelists Took Steroids?”* 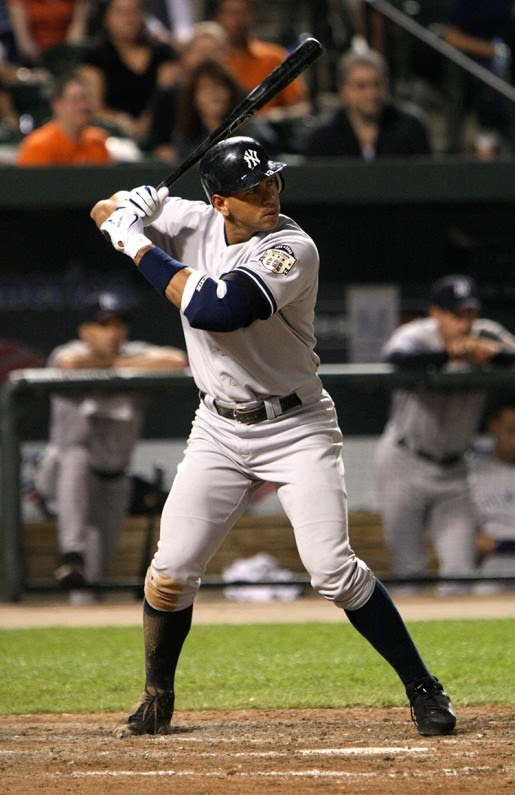 Alex Rodriguez bats in a game on April 19, 2008 courtesy of Keith Allison.
The writer wonders would he, too, indulge if the results were superpower skills that allowed him to leap to the best-seller list faster than a speeding bullet?  If his stories could flow like water and his fingers could grow extra-muscular to better attack the keyboard with stamina and zeal—would he be able to resist the temptation to pop that pill?
While this falls in to the category of “What I’ll Do When I Win the 45O Million Dollar Powerball,” you have to admit that the pill-popping question intrigues and makes you silently consider your ethical stance. 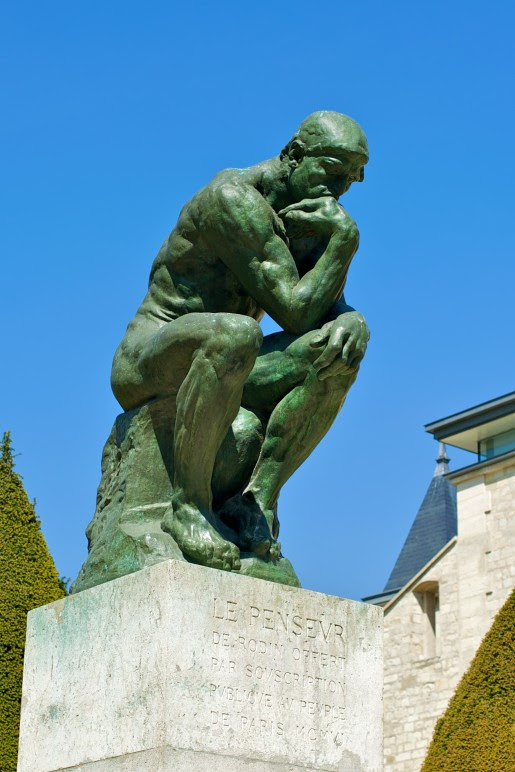 Le Penseur, (The Thinker), Auguste Rodin (1840-1917)
As an artist, the consequences could be extraordinary.  What if by taking such a pill, original ideas would frequently appear to you along with the technical mastery to produce them?  What if the results would be met with international acclaim? What if there was a shortcut to creating satisfying work and your motivated hands would work forcefully and successfully to paint, sculpt, or fabricate the best ideas you’ve ever come up with?  Would you be able to resist the temptation for that new little chaser with your morning coffee?  You could take that pill secretly.
It’s hard to say if you’d develop affection for a fantasy capsule that’s accompanied by a solo show of your work at the Guggenheim Museum.  The writer of the article cited says, “Cheaters always know how it’s going to end. That’s why they become liars too.”
What hand would you play…if no one were watching?
Posted by SRxQ: A 21st CENTURY PRESCRIPTION FOR A NORTHERN TRANSPLANT at 7:11 AM No comments:

"Is a Painting Ever Done" Click link below please.

beck/http://sarasotavisualart.com/2013/05/is-a-painting-ever-done-by-pamela-beck/
Posted by SRxQ: A 21st CENTURY PRESCRIPTION FOR A NORTHERN TRANSPLANT at 6:46 PM No comments:

http://sarasotavisualart.com/2013/05/craig-rubadoux-interview-by-pamela-beck/
Posted by SRxQ: A 21st CENTURY PRESCRIPTION FOR A NORTHERN TRANSPLANT at 10:12 AM No comments:

Email ThisBlogThis!Share to TwitterShare to FacebookShare to Pinterest
Labels: Ringling College, The Ringling, The Ringling Museum

beck/http://sarasotavisualart.com/2013/04/the-ringling-unveils-new-brand-identity-by-pamela-beck/
Posted by SRxQ: A 21st CENTURY PRESCRIPTION FOR A NORTHERN TRANSPLANT at 7:37 AM No comments:

http://sarasotavisualart.com/2013/04/r-o-woody-interview-by-pamela-beck/
Posted by SRxQ: A 21st CENTURY PRESCRIPTION FOR A NORTHERN TRANSPLANT at 5:22 AM No comments: 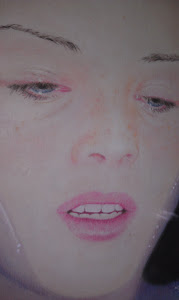 Pastel by Brian Marsden
SRxQ: A 21st CENTURY PRESCRIPTION FOR A NORTHERN TRANSPLANT 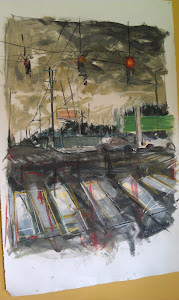 SRxQ: A 21st CENTURY PRESCRIPTION FOR A NORTHERN TRANSPLANT
Contact me via linkedin
Observations on everything from museums to mangroves, with a particular interest in Sarasota, Florida. Pamela is the director of public relations for Sarasota Sculpture Center, a curated biennial exhibition on the Sarasota, Florida Bayfront, of large-scale sculpture by internationally renowned artists. She is a writer and art consultant specializing in modern and contemporary art. She wrote about how art affects us in her ARTdart column for Sarasota Visual Art. Prior to this, she co-owned Pannonia Galleries in NYC. There she was also an art appraiser, private art dealer, art fair exhibitor, and worked at Sotheby's, where she catalogued paintings, drawings and sculpture. She had a private practice as a psychotherapist before moving to Sarasota Pamela has a keen interest in the arts and supporting Sarasota as a lively, diverse and forward thinking city for all ages. Please visit her other blog: What Dogs Really Think: http://whatdogsreallythink.blogspot.com/